× Michael Jordan, Nike, and Addidas have pledged $260 Million to address racism and promote racial equity! Are you doing your part? Sponsor a care package.

Gifts for African-American men to show you care — Send a care package with uplifting gifts to do something nice for a Black man as an act of kindness, and help bridge the racial divide because Black lives matter! 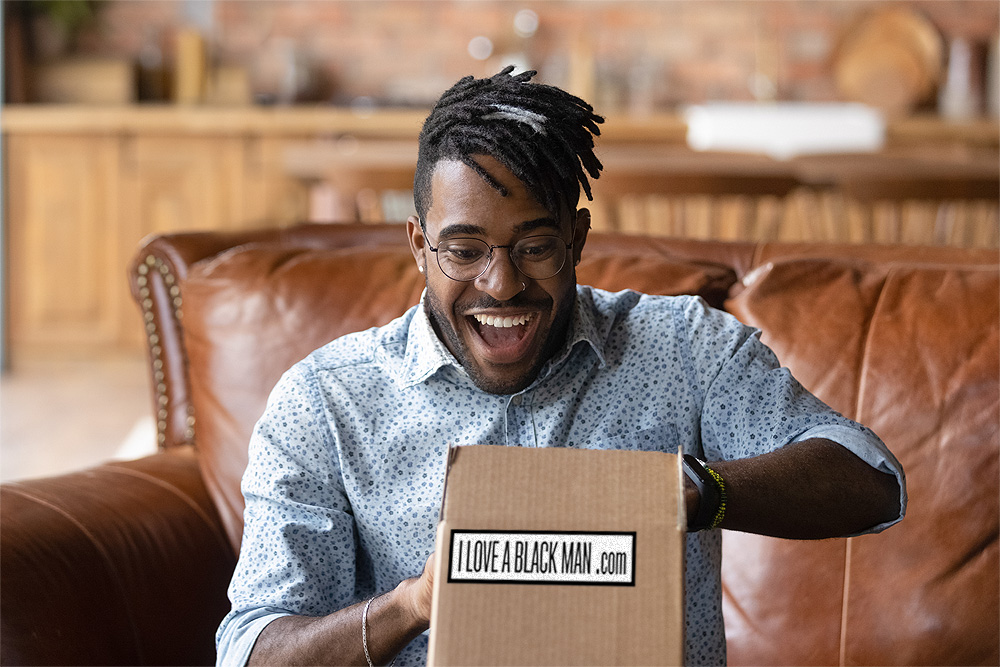 Send a care package anonymously to a Black man who matters 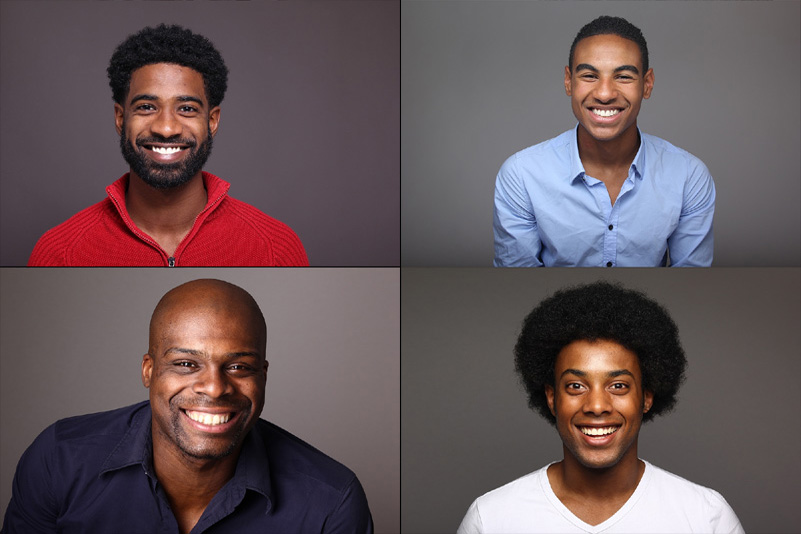 A note from the founder...

My 12-year-old son and I created ILoveABlackMan.com because we were sick and tired of seeing Black men get killed, while feeling like, at any moment, one of us could be next. My name is Colin — I'm a proud Jamaican-American, Yale graduate, MIT graduate, inventor with 4 patents, small-business entrepreneur, and father of two amazing boys. Do I matter?

The fact is, Black Americans (especially young Black men) are several times more likely to be killed by police and live in poverty than White Americans, according to a Harvard study and a Congressional report; and unfortunately these racial disparities seem to have increased during the coronavirus pandemic. For years, my son and I have watched countless news clips of unarmed, young Black men being killed by bad people, unjustifiably and discompassionately. And, in 2020, we winced at vivid footage of the killings of Ahmaud Arbery, George Floyd, and Rayshard Brooks (to name a few) that sparked nationwide protests.

What could we do? You may have asked yourself the same question. ILoveABlackMan.com aims to bridge the racial divide by making it easier for everyone to get to know African American men — our unique life stories, cultural differences, personalities, values, interests, dreams, and struggles — and to show them kindness by sending uplifting care packages.

Watching those videos of so many Black men being killed made me want to 'flip the script,' defy the negative stereotypes, and show my son that we can do great things; do something good and positive, in order to make millions of African American men and boys feel like they matter... like we matter. We were yearning for a way to feature Black men in a positive light; a way for others to get to know Black men, understand us, and realize that we are not all superhuman. We are just human, and we deserve to live, to thrive, and to be happy.

Most importantly, we wanted to give people an easy way to show some love and kindness to a Black man; not just say Black lives matter, but show it. Comedian Dave Chappelle explains it eloquently: ❝It's called the kindness conspiracy — random acts of kindness for Black people. Do something nice for a Black person just because they're Black... The same way, all them years, they did terrible things to Black people just because they're Black, and they didn't deserve it.❞

With ILoveABlackMan.com, now it's easy to do random acts of kindness, send an uplifting care package, make a difference in someone's life, and feel great about it. Here's how it works...

Select a recipient
To whom do you want to send a care package anonymously? Simply enter the name and mailing address of someone you know; if you don't know his mailing address, we'll deliver the package to your address, so that you can give it to him in person; or, let us select someone randomly from our list of profiles.

Remember, it's anonymous, so he won't know you sent him the care package (unless you tell him).

Pick a package
Choose one of several available care packages, containing gift items preferred by African American men and priced affordably from only $49 and up.

You may include a short message to be delivered with the package, if you'd like. We'll take care of the rest.

Keep in touch
We'll notify you when the package has been delivered, and the recipient will be prompted to upload photos of himself using the items and a thank you message on his profile page to let you know how much he appreciates your random act of kindness. 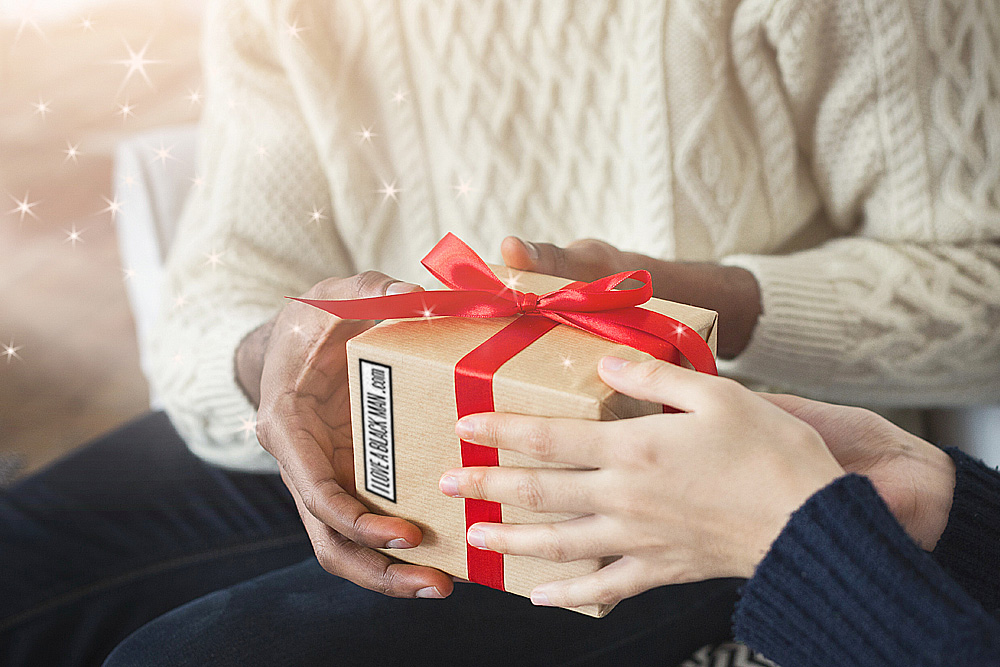 Send a care package anonymously to a Black man who matters

Have a question or need more info? Open the panels below for answers to our most frequently asked questions, or you may simply contact us.
What is a random act of kindness, and why should I care?

Being kind has huge benefits, and there's science to prove it. Watch this short video for more info:

What is the kindness conspiracy?

Watch this funny clip by Dave Chappelle to learn all about his kindness conspiracy concept:

Which care packages are currently available and what items are in them?

Entertainment Package
Inspire a young man to smile while increasing his tech acumen with this fun entertainment package, featuring:
Price: $149* 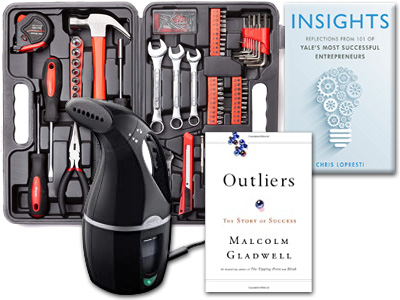 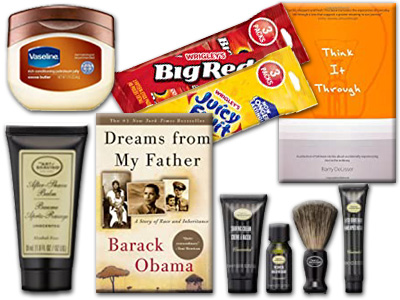 Self-Care Package
It's okay not to be okay, but enjoy the climb more with expert tips & tricks from this self-care package, featuring:
Price: $49*

(up to $55 value)
* There are no additional fees because tax, shipping, and processing fees are included in the price. Most packages will include a combination of 3-5 items, which may vary depending on availability and other factors.

Can I send a care package if I'm not Black?

Yes, absolutely. We welcome all people, including White people and non-Black people of color, to join us and perform random acts of kindness for Black people. As an ally for Black lives, you can make a difference. Send a care package now.

How do I invite my friends on Facebook to join me?

Create a private Facebook event on your computer, and invite your friends to a "kindness party" at your home or online, where you can celebrate the random acts of kindness that you and your friends have done for others.

Can you give me some examples of people I may want to send a care package to?

Here are 10 examples in no particular order. Choose your top 3 recipients:

How do I recommend an item to include in care packages?

Do you have a product that you created or found on the Internet? Do you think African American men would like it? Use the contact form to send us the link, and we'll check it out.

Is it safe to order online, and will my order be secure?

Yes, absolutely! All payments are processed using PayPal's secure and trusted platform for online orders, and you can simply pay with your credit or debit card even if you don't have an account. When you place your order via PayPal, your information is 100% safe.

I don't have a PayPal account. Can I use a credit card to pay?

Yes, PayPal allows you to pay with your credit or debit card without a PayPal account; however, you may still create a PayPal account in order to manage your payments and save time in the future.